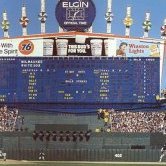 In Defense of Leury