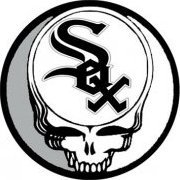 AND THAT'S A WHITE SOX COME BACK WINNER!!!