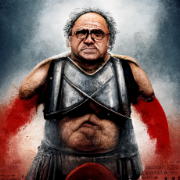 Yea I am sure if the owners won everything they wanted, these up charges wouldn't have happened 🙄