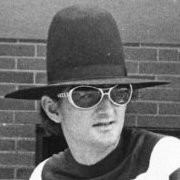 I don't know why I still read comments on social media posts, but I do, but even the first 50 comments on most local news posts about this are variations of "what if Donaldson called himself Babe Ruth

It definitely was. Josh Donaldson was using the name "Jackie" to get under the skin of one of MLB's most prominent African American stars - which isn't a big list to begin with. And because

I'm not surprised you missed the point; the reporting/coverage of the game is a part of baseball's problem. People like Jon Heyman are a part of the problem. Also not shocked to see you being a person