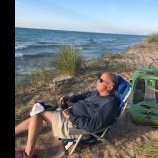 This season is so frustrating because everything looked so bright coming out of 2020. Its like this teams demise started once Tony LaRussa was hired. 😕

I think my biggest problem/frustration is that if even Ricky Renteria were still here, we'd be seeing better out of Eloy, Yoan, and Robert (when healthy). He couldn't manage a bullpen, but the team wa

Jake Lamb was an all star for a season. He also was a mediocre player for the White Sox. A.J. Pollack once won a gold glove. He misplayed  a ball at the wall against the Tigers in game one earlier thi