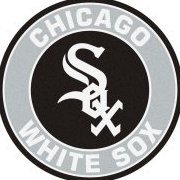 I honestly believe that if Ricky is still managing this team we are leading the Central by 7 games right now.

What's even more embarassing is how much shit talking the Sox, especially Tim, were doing. "They gotta go through us." "Change the Game."  Tell me, what are you changing about the game? Nothing g

Grandal playing both double header games while TA does not is just straight fucking LOL.