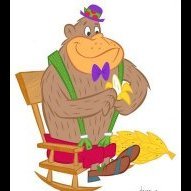 Raw talent with no refinement. Bad habits allowed to persist. Lack of leadership to tell players otherwise AND hold them accountable.

There are other ways of motivating players other than butt-kicking, but the very fact that they need butt-kicking in the first place sums up their lack of desire.

The players cared enough to be a very good team in 2020, win the division in 2021 despite countless injuries, but then decided to stop caring this year? I find that very difficult to believe. The