Good for Jose Abreu. I'm very glad that the White Sox didn't give him a 3 year deal though.

Which happened because the people that built the roster aren't good at their paid profession.  Any way you slice it, the Sox are supposed to be smack dab in the middle of their "World Series Wind 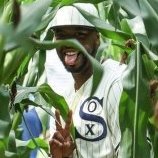 Not a popular opinion here...but Vaughn will outplay him by a decent clip over the next 3 years. Sad to see him go...but you HAVE to play your farm guys when they are ready. No more Vaughn in the outf