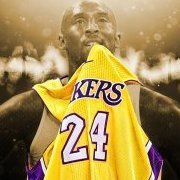 I will be travelling to Greece this year for the 5th time. I have traveled a fair bit to the Greece, in particular the Greek Islands and Athens, however this year i will be starting in Thessaloniki, s