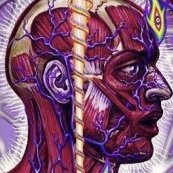 Very against Hahn being able to retool. He has zero talent to scout major leaguers. Will always fall in love with players who are older because they are cheaper, and after ten years he’s still Charlie

You don't let the guy who couldn't construct a roster, before and after a rebuild, do it all over again.  Just no.  Hahn has to go, he is awful at his job.  Until that happens, you can't possibly thin