I was definitely trying to convey sarcasm there. Cano sucks and if we're trying any new solution at 2B, it should be Yolbert. 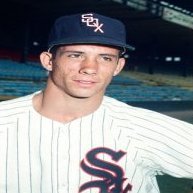 As soon as i saw the dfa, i thought, man, this is what Ken Williams lives for.