Just say no to Carlos "I'm the Product Here" Correa 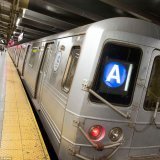 I'm in the minority, but I think TA should be traded.  I've had just about enough of his change the game attitude towards baseball.  He should be the one changing his game to become a better defensive

I feel like Tim could have said the exact same thing and people here would be saying "Jerry, pay this man his money!".

Opt out of Anderson? My lord, what a terrible take.