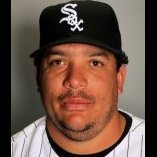 Who is available in 2020? Looking ahead to the future