Earl Weaver knew how to manage.  Probably my all-time favorite.  If you were a regular player you were on the field or in the hospital.  He didn't try to overthink it. 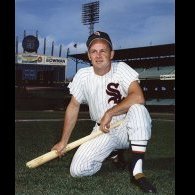 If we get swept by the A's which is a good possibility as they also swept the Astros then we have to blow up this this team of losers and quitters. I don't know if I can take watching this sorry cast

Does anyone give a shit anymore